RF Energy for Healing and Beauty

Sometimes you only hear one side of a story—usually the negative side. Concern about possible long-term health effects from exposure to the RF fields produced by wireless technologies has been widely covered in the media, even though the only health effect identified in scientific research has been related to a small increase in body temperature from exposure at very-high field intensity. Much less well known are efforts by experimenters who have found that there are key frequencies of radio-wave energy that can be used to heal and promote health.

For example, radio waves are being used to tighten facial skin in a non-invasive way, resulting in a non-surgical “facelift.” Both uni-polar and bipolar RF energy have been shown to initiate collagen synthesis and tightening of the skin. Unlike laser treatments, RF skin therapy does not cause top layers of skin to burn away and unlike depigmentation peels, the procedure does not run the risk of producing a reverse “raccoon effect” around the eyes.

Several researchers also have discovered that certain frequencies of radio energy can promote the healing of bones, kill bacteria and viruses, and improve health in a variety of ways (some of these procedures, it should be noted, are still to be unequivocally verified by strict and universal scientific method).

This article looks at RF health-treatment technologies that are said to promote healing and wellness and examines components that can be used to design test systems as well as finished products. All parts, data sheets, tutorials, and development kits referenced here can be found on the Digi-Key website.

Half a century of exploration

The documented use of RF in healing has been around for over 50 years. While even Tesla noted the beneficial effects of exposure to high-frequency electromagnetic radiation, by far the most prominent researcher to delve into medical use of RF was Sir Royal Raymond Rife,1 an electrical engineer, musician, and research scientist who spent his life studying microorganisms. Rife was the first to make viruses visible thanks to his invention, the world’s first virus microscope.

As Rife began watching microbial organisms while bombarding them with radio waves, he discovered that different organisms have resonant electromagnetic frequencies. Rife documented 52 specific frequencies and showed that he could safely destroy these bad cells when a certain intensity of the right frequency was applied. It’s not unlike being able to shatter crystal glass when you generate a sound that is at the resonant frequency of the glass (and at high enough amplitude).

Other researchers and scientists have continued Rife’s work and added to the list, which now numbers over 250 specific frequencies for specific microorganisms, including bacteria, viruses, mold, fungi, and yeast.2 The approach is safe for human body cells because they resonate at a different frequency.

Most of Rife’s work has been ignored and there have been attempts to discredit it. This is not unusual as there are many other examples of legitimate but non-traditional medical approaches facing a difficult path to acceptance. A Nobel Prize winner in medicine, Dr. Barry Marshall,3 for example, had to give himself ulcers and cure them using antibiotics before the medical and pharmaceutical industries would admit that their solution (antacids) was not beneficial. Presently accepted treatments such as acupuncture, chiropractic medicine, and herbal supplements were once also considered little more than scams by the Food and Drug Administration (FDA).

Up to this point, neither the FDA nor the American Medical Association (AMA) has approved Rife-style frequency generators as legitimate medical devices. Yet research continues into this and other uses of RF for medical and health purposes, including studies to test how certain RF and microwave frequencies can help speed the healing of broken bones and relieve pain and migraine headaches. Radio Frequency Neurotomy is a recognized and approved clinical procedure (see the Mayo Clinic explanation4) that reduces back and neck pain through the targeted heat generated by radio waves.

Cancer clinics are also making progress using 434 MHz UHF. It has been found that cancerous cells emit a different spectral response than normal cells when stimulus frequencies are applied. It is speculated that malignant cells exhibit different electrical conductivity from normal cells, and the effects of radio frequency stimulation can be demonstrated by “fluorescing” the cancer cells.

Oscillators based on surface-acoustic-wave (SAW) MEMs, voltage-controlled oscillators (VCOs), and several other technologies are available in fixed or programmable frequencies. In many cases, fixed, highly stable carriers that are square or triangle wave can be shaped into Sine waves using analog or digital filtering to create the pure Sine wave.

There are Sine-wave oscillators that can be used without much filtering and wave shaping. For example, the SAW-based True Sine Wave Crystek CVS575S-500.000 is a 500 MHz Sine-wave oscillator that could be used in our UHF example machines. The oscillator has no sub-harmonics and the second harmonic is –14 dBc, so it’s a clean test and measurement worthy oscillator.

When tuning is needed, a controllable oscillator like the Epson VG-4231CA and VG-4232CA families could serve the purpose. For example, the VG-4231CA 25.0000M-FGRC3 is a voltage-controlled oscillator centered around 25 MHz. Voltage-level tuning can be applied as shown in the supplier’s Product Training Module for SPXO and VXO Style Oscillators.

In addition, RF clock generator devices and frequency synthesizer ICs can also do a good job with the added benefit of precise frequency stepping and tuning. Digital fractional dividers can synthesize virtually any frequency as resolute as the accuracy of the input frequency. Also, PLLs can multiply or divide a reference frequency with low jitter and create multiple synchronized outputs for use in the RF stages.

Parts like the Analog Devices ADF4110BRUZ use internal PLLs to become stable local oscillators for up and down conversion inside the RF stages. A 6- and 13-bit counter in combination with a dual-modulus pre-scaler creates a rock-solid N divider. Digital control allows serial bus interfacing for easy microcontroller access.

Note, in many precision cases, the use of fine-tuning via voltage control can allow a micro to provide a digital feedback loop that measures output frequency and fine tunes it. This can add a layer of assurance against drift and variations due to environmental conditions.

Mixers also are frequency rated and, fortunately, there are mixers that can be used up to 86 GHz.

Many mixers, like the CEL UPC2758TB-E3-A, are tailored for specific bands (this part touts itself as a cellular phone mixer). However, its 100 MHz to 2 GHz bandwidth allows it to be employed with a variety of frequencies using very few external components (Figure 1).

Figure 1: Small (SOT363) mixers use very few external components and can be placed in close proximity to RF amplifiers for directional therapy emitters.

Many general-purpose parts are also readily available, such as the Analog Devices AD831APZ, which is suitable for UHF-band muscle stimulators. Multiple mixers can also be used to combine several waveform patterns. While analog mixers are simpler and more compact, digital multichannel mixers like the Texas Instruments GC5016 may be desired to provide more precise control and add flexibility.

This quad wideband up/down converter is a highly integrated, high-speed quad RF mixer in the digital domain. It features input rates up to 320 Msamples/sec using FIR filtrations and parallel 64-bit buses to provide the throughput needed to support cellular, radar, and general-purpose applications.

When all synthesized signals are shaped and attenuated to the right levels and mixed, it is time to amplify the resulting signal before applying it for therapeutic purposes. Depending on the output radiators, wave guides, or antennas used, and depending on the penetration depth of the RF signal, output power control is needed, and RF amplifiers can aid in this respect.

Primary selection of the parts to use will be mostly based on the frequency range and power levels the amplifiers support. For example, the Freescale MW7IC008NT1 is a usable dual-matched power amplifier for 100 MHz to 1 GHz, ideal for the 450 MHz skin machine discussed earlier. It uses internal quiescent current tracking temperature compensation and voltage bias to provide two thermally stable amplification stages (Figure 2).

Figure 2: Matched RF amplifiers can be used for RF-emitter arrays or direct drive in close proximity to the therapeutic emitters. Internal-temperature-compensated operation assures that no harmful runaway conditions occur.

Operating up to 32 V, it provides 8 W of output power for directed healing in a low-cost plastic PQFN (8 mm x 8 mm) package. This can help place the amplifier closer to the emitter or create an emitter array to focus RF energy.

Like mixers, modulators, filters, and switches, RF power amplifiers can be optimized for key markets such as 2.4 GHz Bluetooth, Wi-Fi, ZigBee, and ANT+, for example. However, many general-purpose parts are at your disposal as well.

The M/A-Com MAAP-011027-TR0500 is also an 8 W RF power amplifier, but is good for 5.2 GHz to 5.9 GHz as a general-purpose RF amplifier. The two-stage C-band power amplifier can be used as an output stage for high-power pulsed applications and exhibits a linear gain of 20 dB.

Medical science is finding that some ailments can be treated and cured through the use of directed RF energy. Already, several therapies are proving themselves in a clinical environment under the scrutinizing eye of the scientific community. As these technologies become accepted, more equipment will be developed based on the methods we have discussed in this article. As we have shown, the components to build these machines are ready now.

For more information on the parts discussed here, use the links provided to access product pages on the Digi-Key website. 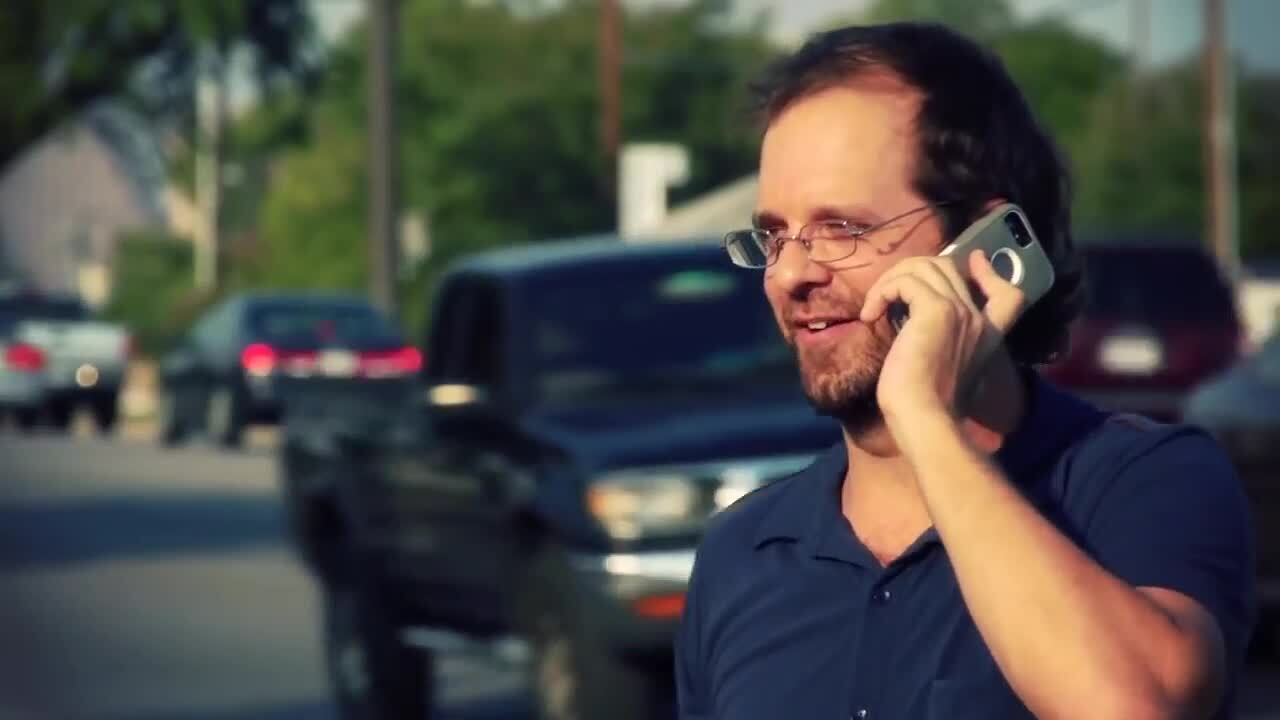 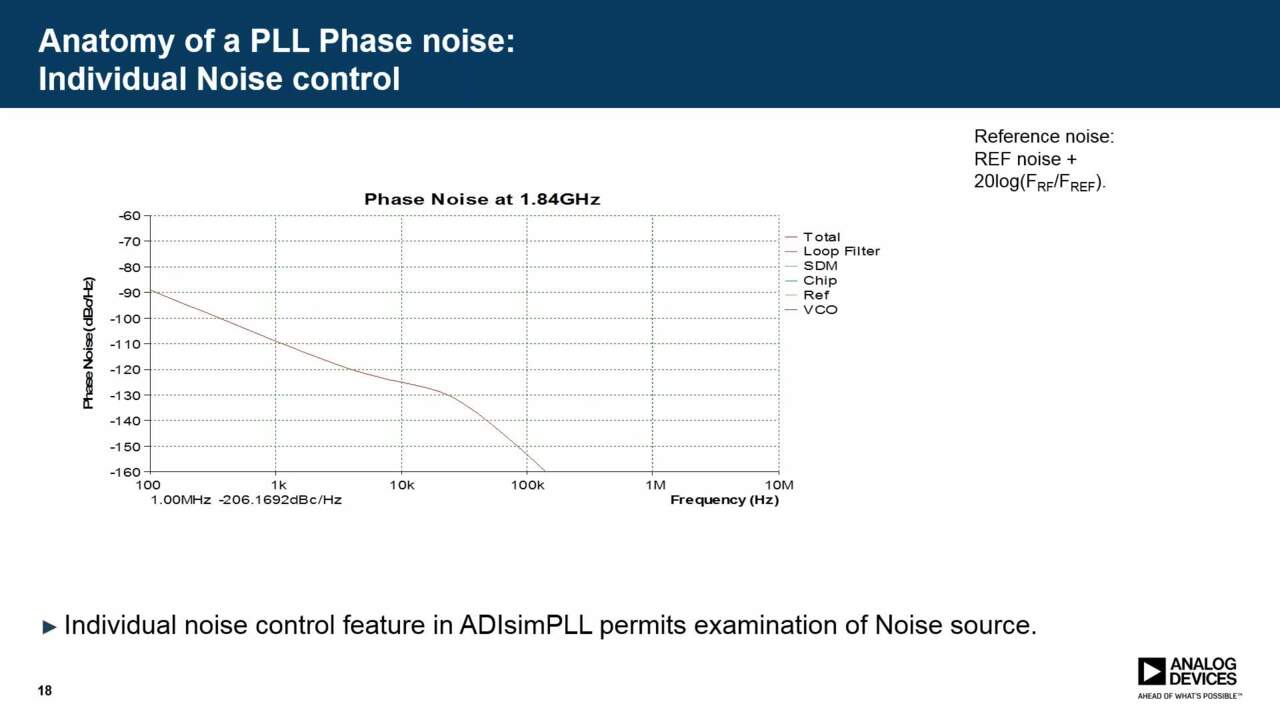 Clock Distribution and Generation 1.0 IDT's timing portfolio for clock distribution and clock generation is diverse, encompassing a wide range of products for various end applications.
PCI-Express The PCI-Express architecture was developed to replace the PCI bus used in older PCI, PCI-X, and AGP standards.
VersaClock™ III Programmable Clocks VersaClock devices provide fast and easy solutions to meet customers' timing needs and are readily available in the market for mass production of all volumes.