Editor’s note: LED lighting is an ideal DIY project: it’s fun, satisfying, and financially rewarding. Part 1 of this two-part series showed how to implement under-cabinet lighting. Here, Part 2 shows how to swap out the microwave oven lighting to match the color temperature, while also getting better stove top illumination.

Part 1 of this two-part series chronicled a hands-on project to develop a five section under-cabinet lighting design to create a well-lit kitchen counter area. Unfortunately, the improved counter illumination spotlighted the poor quality of the kitchen microwave oven’s existing LED lighting fixture that illuminated the stove top beneath it.

The inadequate lighting and color matching presented the opportunity to use some of the LED ribbon left over from the first project to fashion replacement LED modules for the microwave oven. These modules would provide better, color matched illumination.

This article also serves as an example for any small appliance lighting replacement project in which there are some “gotchas”. Along the way, the article discusses the range of color temperatures employed in residential and commercial lighting, and how LED color temperature relates to the range of available white LEDs.

It also includes additional insight into more efficient ways to limit the current delivered to LEDs and their dimming in lighting applications.

A curious LED design choice for a microwave oven

The microwave oven has two lights set into its bottom front corners. Instead of a standard bulb, the oven uses a custom surface mount LED module for each light. The modules are metal core circuit board assemblies that connect to the oven’s wiring harness with a three-pin surface mount (SMT) connector (Figure 1).

Each module generates light using four SMT LEDs. Because these LED lighting modules are unique to this particular brand of microwave oven, and are only available from the oven’s maker, the LED modules are costly and only offered in one unspecified color temperature.

The first problem with these LED modules is their low light output due to the use of four relatively small SMT LEDs. The assembled LED modules poorly illuminate the relatively large stove top area below. They act like point sources with narrow light cones, despite the glass diffusers set into the bottom of the microwave oven.

The second problem with these modules has more to do with Part 1 of this series: the LED color temperature does not match that of the LED ribbons used for the under-cabinet lighting project.

What is LED color temperature?

In the under-cabinet lighting application discussed in Part 1 of this series, the under-cabinet lights have a color temperature determined by the individual SMT LEDs incorporated into the LED ribbon. The JKL Components ZFS-155000-CW flex ribbon uses LEDs with a color temperature rating of 6500 K. The ribbon in Figure 2 is supplied in a 5 meter length on a spool, is 15 millimeters (mm) wide, and contains 1200 LEDs.

These continuous LED ribbons incorporate a double row of LEDs and resistors, allowing them to be lit with a simple 12 volt power supply. The ribbons are made from individual flexible LED strips that form one long ribbon that can be cut with a scissors, every 25 mm. They’re also very thin, allowing for compact, discrete installations.

On to the color matching

One way to match the color temperature of the microwave oven lighting with the under-cabinet lighting is to replace the LEDs on the original module with ones rated at 6500 K. That approach requires the use of SMT soldering techniques for the LED replacement, and it permanently modifies the factory supplied module. However, simply replacing the four small SMT LEDs with LEDs of a matching color temperature does not solve the second problem: dim illumination.

There’s another design approach that matches the color temperature of the LED ribbon used for the under-cabinet lighting project that doesn’t require SMT soldering techniques. Fashioning replacement modules made with short segments cut from the leftover LED ribbon.

This approach exactly matches the color temperature of the under-cabinet lighting because it uses LED ribbon cut from the same reel. It also solves the problem of low illumination by putting many more LEDs to work in each module.

The first step in implementing this approach to LED module design was to measure the voltage supplied to the original microwave oven module to see if it’s compatible with the LED ribbon’s 12 volt power requirement. A simple voltmeter check showed that the supply voltage was just a couple of hundred millivolts below 12 volts when the lights were set to high brightness, meaning that it would be easy to power the LED ribbon from the existing power source.

Two initial prototype modules were made with 50 mm lengths of LED ribbon mounted to short pieces of extruded aluminum mounting rail (which also act as heatsinks). The LED strips are insulated on the back with the applied adhesive, but some insulating amber polyimide tape (like 3M’s 1205) was added to the aluminum substrate just to be certain (Figure 3). These prototypes had only two wires for power and ground rather than the three on the original modules. At the time, it was not clear that the third wire was needed: more on this later.

Figure 3: The first prototype of the replacement LED lighting module used one LED ribbon segment with 12 LEDs, which did not provide the desired amount of illumination. (Image source: Steve Leibson)

The prototype replacement modules were somewhat larger than the original modules, so they didn’t directly bolt into place due to some physical blockage caused by stamped retaining tabs inside of the oven. However, they mounted well enough for an initial test that turned out to be very disappointing.

The microwave oven was clearly not running the LEDs at full power and the resulting light was very dim. As it turned out, the light was dim for two reasons. First, the microwave oven was not providing the full 12 volts to the modules as it did for the original modules. Second, the light emitting surface area was still inadequate despite increasing the number of LEDs per module from the original four to twelve.

So that’s what the third wire is for

After putting the original LED modules back into the microwave oven, the supply voltage jumped back up to 12 volts. Perhaps the connection was not as simple as it first appeared. Because the original modules consisted of just six components and a connector, it took only minutes to draw up a schematic for the module (Figure 4).

This 120 Ω feedback resistor appears to be necessary to get the full 12 volts from the microwave oven’s power supply. Adding the feedback resistor to the circuit along with the prototype two-wire replacement module restored the full 12 volt supply from the microwave oven. However, it did not resolve the problem of the small area of illumination, nor did it bring the illumination levels up to the desired intensity.

At this point, it became clear that a module redesign was required.

If one 50 mm piece of LED ribbon did not provide sufficient illumination, perhaps two such pieces would. However, using two strips would require a larger substrate. Ideally, this substrate would be a small piece of aluminum bar stock or sheet aluminum, but none was on hand. A replacement substrate cut from a spare 2 x 1.5 inch piece of double-sided, copper clad circuit board did the trick. If there’s none laying around the workshop, a piece of MG Chemicals’ 550 will do the job (Figure 5).

Figure 5: A piece of double-sided copper clad pc board served as a suitable substrate for the two LED strips, while also providing some additional heatsinking. (Image source: MG Chemicals)

The copper on the substrate board provides some additional heatsinking. As usual, insulating polyimide tape was applied to the board before attaching the LED ribbon to form what became the second version lighting module (Figure 6).

The two 50 mm LED ribbon strips are arranged head to tail, simplifying the electrical connection between the two strips. The 12 volt power from the microwave oven enters the module from the connection on the right through the red and black wires. The two strips are electrically connected to each other at their centers. The 12 volt rail jumps from the top of the upper strip to the bottom of the lower strip through the red jumper wire located in the center of the strips. The negative jumper (beneath the red jumper) is a short piece of bare solid wire connecting the two adjacent negative pads in the center of the strips.

With the microwave oven light now matching the under-cabinet lighting, the project obtained a high reading on the “spouse approval” meter.

Sometimes fixing one problem can cause another. The improved under cabinet counter illumination from Part 1 spotlighted the poor low light output of the microwave’s underside lighting. In addition, the color temperature of the LEDs in the microwave oven did not match the color temperature of the under-cabinet LEDs, resulting in an unacceptable color clash.

This article described how to achieve a high spousal approval rating through the design and implementation of an LED lighting fixture replacement for the microwave oven using leftover LED ribbon from Part 1.

The project also explored LED color temperature and added insight into more efficient ways to limit the current delivered to LEDs, as well as dimming them in lighting applications. 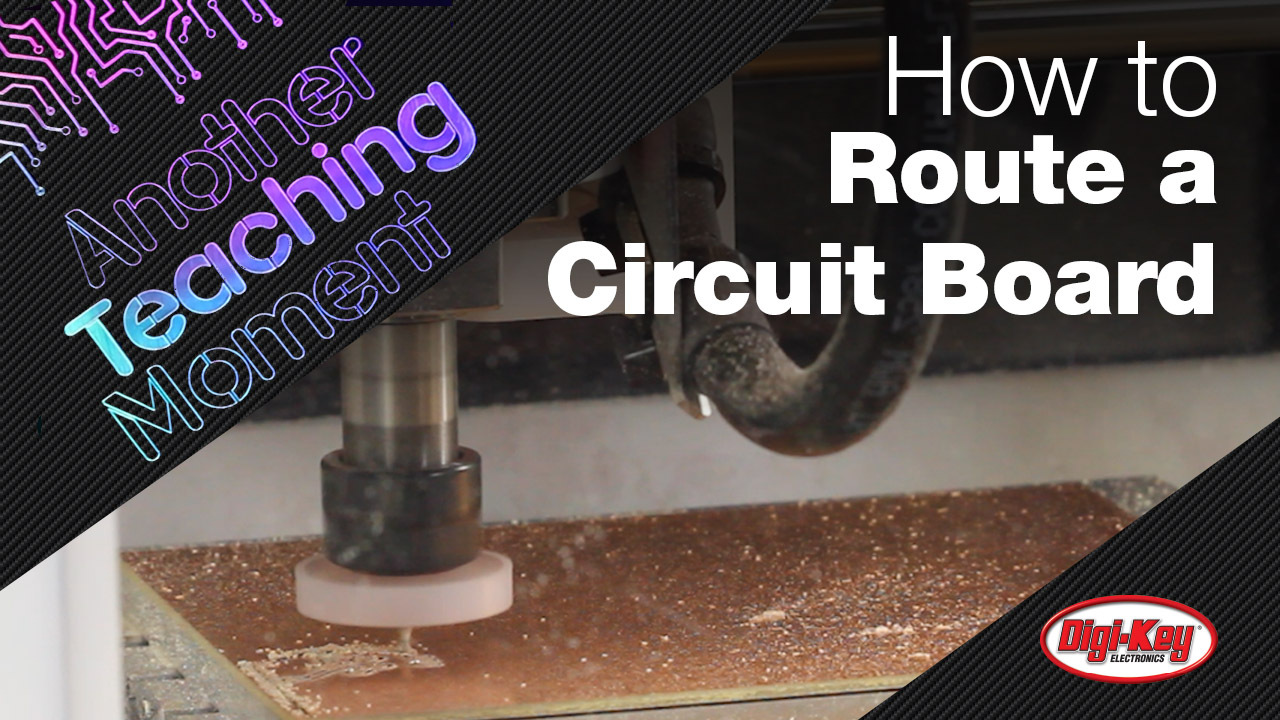